Last few week we worked on RAP on e4 to adopt the latest upstream components from the Mars release:

So that people developing e4 applications on top of RAP (or single sourcing their e4-RCP) can take advantage of the improvements (bugfixes and features) incorporated in the upstream projects. E.g. RAP 3.0 has improved performance significantly (see Ralf’s blog post on it).

From the feature point of view the most important change for e4 on RAP was that RAP 3.0 added suppport for the Control#setParent(Composite) API. This new support allows e4 on RAP to provide support for sharing parts between perspectives.

The following screencast shows the feature in action:

Unfortunately, the video is no longer available.

At the code level the most important changes that we inherited was that we could get rid of the org.eclipse.e4.core.di fork we had to ship for Luna because the DI-Container was swallowing too many exceptions.

Where to get it

To bootstrap a RAP application the easiest way is to install our RAP-e4 tooling from https://download.eclipse.org/rt/rap/incubator/nightly/e4/tooling/site.

We also prepared a complete self-contained target platform for you which you can access at https://download.eclipse.org/rt/rap/incubator/nightly/e4/target/site or if you prefer a local version you can download the p2 repository as a zip.

We have a short description how you bootstrap an e4 on RAP application at https://wiki.eclipse.org/RAP/E4 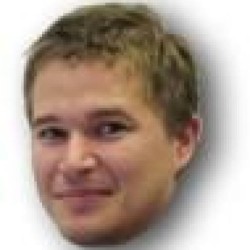