Last summer when Galileo was released, I wrote a series of blogs in which I discussed my top 10 favorite features of the release.  Somebody at the Eclipse Foundation must have enjoyed the read because I won a free conference pass to EclipseCon 2010.  I thought it would only be fitting to share my top 10 moments from EclipseCon 2010 with all of you.  These are roughly in the order in which they happened (roughly).

On Monday morning I had the pleasure of presenting a tutorial on p2. We had a few technical glitches with the USB sticks, but other than that, I thought the tutorial went well.  I was really lucky to have such a great co-presenter (Kim Moir).  The funny thing was, we only met a few hours early (in the bar, no less). I will post the slides and the examples for those of you interested. 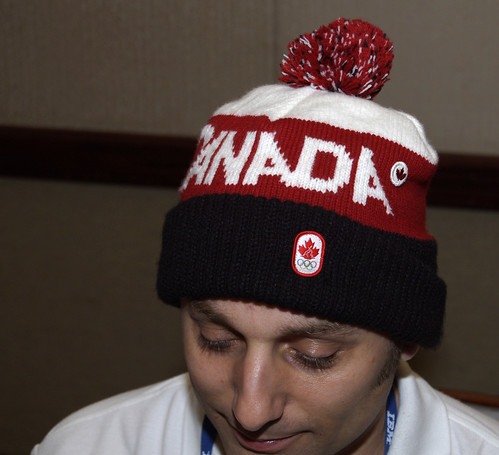 One of the great things about EclipseCon is I finally get to meet everyone.  It’s great to finally put a face to all those people I only talk to on Twitter, bugzilla, mailing lists, conference calls, etc… Meeting people is also a great way to pay off your beer debt. I was really happy to meet the rest of the p2 team (Susan and Simon), our new top contributor Lars Vogel, PDE expert Benjamin Cabe, Build / Testing machine Dave Carver,  EclipseCon program chair Oisin Hurley, etc… 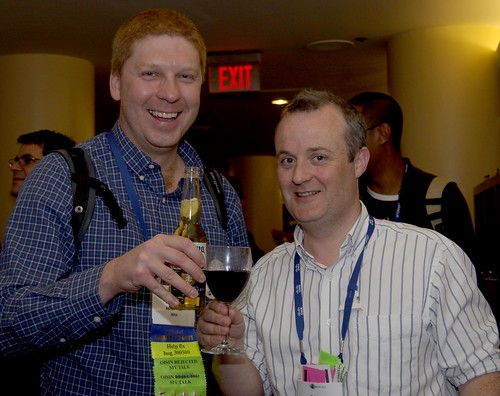 By far, the best keynote I have ever seen at any conference was given Wednesday morning by Jeff Norris.  I don’t know if live demos are rocket science, but very few people would try to control a 7 foot robot from a few hundred miles away — on a Mac.  Jeff talked a lot about how they (NASA) makes use of Eclipse technology.  He’s keynote made me proud to be part of such a great community producing excellent technology. 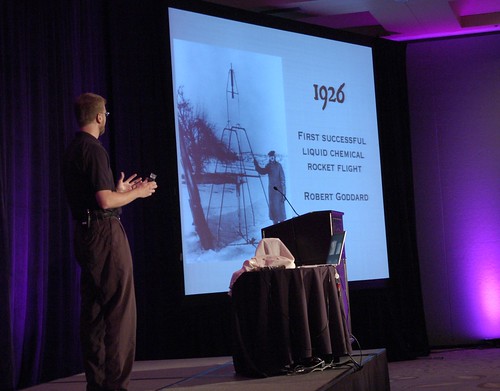 Martin Oberhuber, Boris Bokowski and Michael Scharf put on a great tutorial about API design.  I attended the tutorial because 1) I am generally interested in API design, 2) I think API design is at the core of software modularization and I don’t think many people truly understand this.  I attended the tutorial to get ideas on how we can better teach API design at the University level.  As part of the tutorial, Martin issued a challenge — to design an API to track the number of people in the room.  This was a lot of fun, and a few of us gathered in the evening to discuss our solutions.  It was interesting that everyone came up with a completely different solution.  Martin gave some good feedback (some of which I disagree with), but that’s the point of API design — there is no right answer. If I ever teach some of this material, I think I’ll use a similar exercise.

Build was a hot topic at this years EclipseCon.  Whether it was Maven, PDE/Build, Hudson, Athena, b3 or buckminster, Build was everywhere.  One of the most interesting panels I attended was the battle of the build gurus, moderated by Dave Carver.  Dave designed a Jeopardy like game to keep the panel focused.

One of my goals for the conference was to understand Git, and Thursday mornings Git tutorial helped a lot.  Chris, Shawn, Matthias and Robin did an excellent teaching Git and explaining that Git is not simply a replacement for CVS but rather a completely different was to think about revision control.  If you are interested in learning more about Git, checkout Linus Torvalds‘ tech talk about Git.

A big shout-out goes to Kim Moir for organizing the Eclipse Exercise Program.  While nothing wakes you up like a 7:00am run, the exercise program is as much about socializing as it is about exercising.  We averaged about 30 people a day.

There are a few bugs that are hard to tackle without face-to-face time, bug 300500 is one of them.

9. The program and new layout

I thought the program and conference layout was spot on.  I particularly enjoyed having a tutorial each morning, followed by talks that got progressively shorter as the day went on. Ending each day with a series of panels was also a great idea.

Well not really part of EclipseCon, Jeff McAffer did give me a copy of the new Equinox/OSGi book and on the flight home I had a chance to read through some of it.  If you are looking for information about Equinox/OSGi, this is the book for you.  The sections on services are excellent.

Ian Bull
Ian is an Eclipse committer and EclipseSource Distinguished Engineer with a passion for developer producitivy.

He leads the J2V8 project and has served on serveral Eclipse technical committies.