Last week, we hosted the Eclipse Democamp at our EclipseSource office in Munich. I think it was a great event and we really enjoyed the evening. I would like to say thanks again to:

Personally, I found there were two main highlights this evening. The first was the talk given by Marcel about the automatic error reporting he is currently working on. I think this is a really valuable initiative that all Eclipse projects will benefit from.. Thanks again Marcel, for this work. The second highlight was an organizational one. Due to legal restrictions given upon the room, we had to limit the number of participants for this Democamp to 80. As 80 participants is already a lot for a democamp, the interest shown in the Democamp Munich is traditionally much bigger (up to 200). So the 80 places are typically sold out after a few hours. While this is all great, there were two main issues this presented the last few years. First, people complained that they had to be online “by chance” when registration opened in order to get a seat. To solve this issue this year, we announced the time of  registration in advance to give everybody a fair chance. This worked well and we received good feedback.

The second issue, and in my opinion the biggest one, was that despite being sold out, we always had around 30% no shows at the event. This especially bothered  me because we had so many people on the waiting list who wanted to come, but did not make the registration in time, and still a lot of empty seats at the event. If only the people who could not make it would have unregistered in advance, thus allowing people from the waiting list to get in. .

So we came up with the following idea: Everybody who does not unregister, and is counted as a no-show at the event gives a 10 Euro donation to “Friends of Eclipse”. The beauty of this: The event is still free,  however if you “steal” a seat from the community by not showing up or not unregistering, you have to give something back to the community. Ralph Müller was looking forward to a lot of donations, but the good news is: When I counted, there were 77 people there and only 3 were missing for a total number of 80 participants! (Note: we had some extra seats in the room) One of the missing participants has already paid the donation and I hope the others will follow suit. So, I was really happy with the result and we are therefore planning to keep this new rule for upcoming democamps.

I am already looking forward to the next democamp in June! 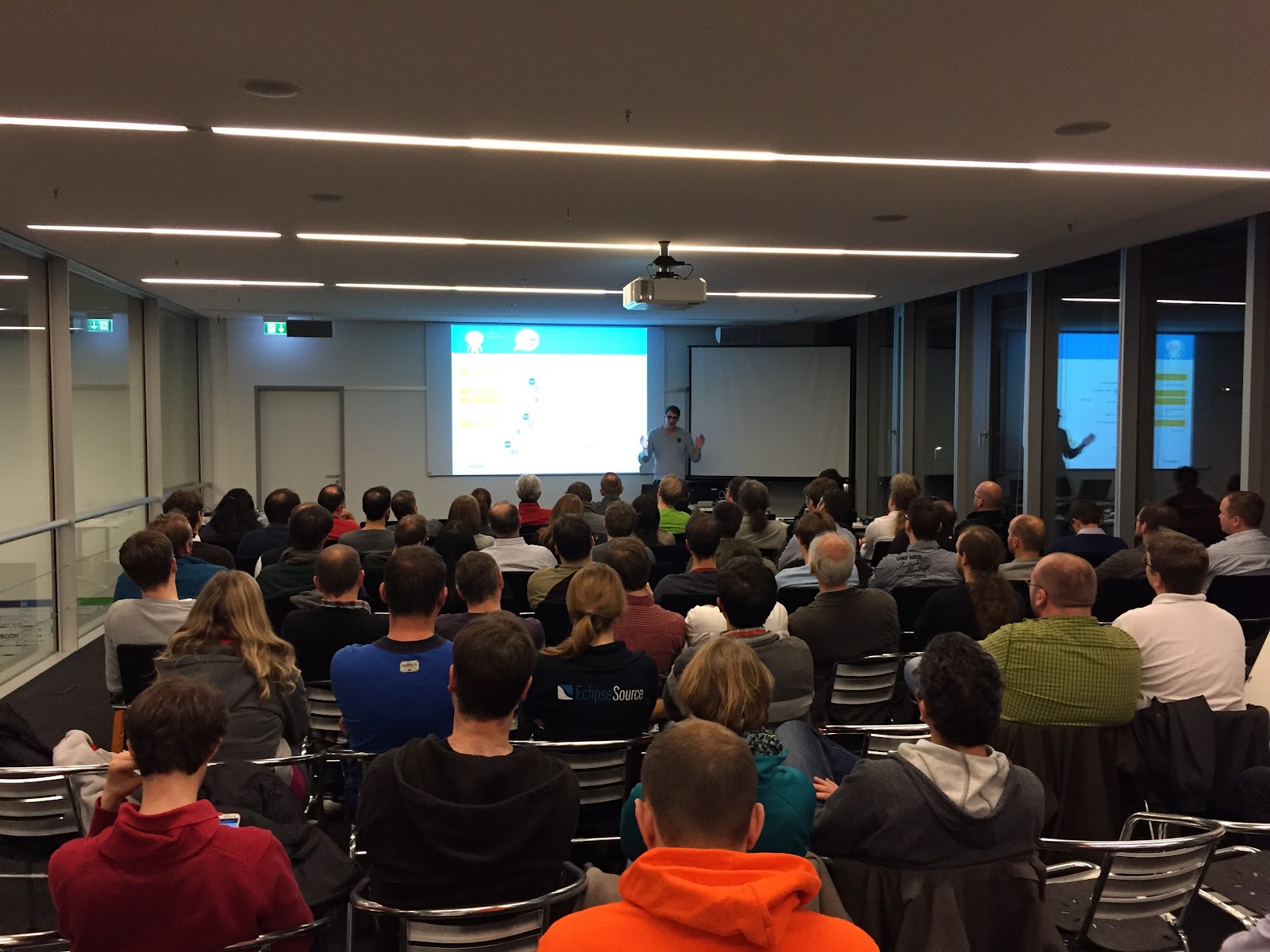 Jonas Helming
Jonas Helming is co-lead for the EclipseSource team and the project lead of the Eclipse EMF Client Platform and the EMFStore project. He works as an Eclipse Consultant and trainer for Eclipse related topics and agile methods. He frequently publishes tutorials, e.g. about EMF and e4, and recently published a book about e4.